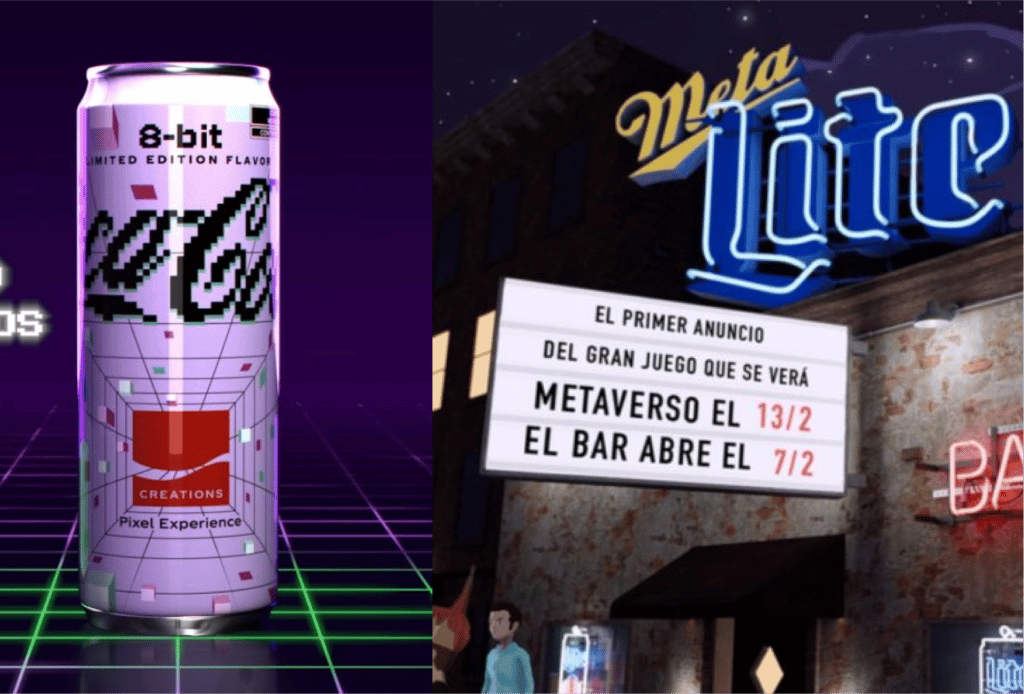 The 10 brands that have already joined the Metaverse

In recent years, we have experienced a brutal change in the way we relate to each other, from selling products to how we do business and interact with consumers, a decade full of change and evolution. If Darwin lived in this time and age he would be happy, because many things that we previously only saw in science fiction, today are already part of our daily lives.

We are already living in the next evolutionary stage of the internet, The Metaverse, a new world that totally changes the way individuals and companies interact with each other and with the outside world, marking a before and after in the world of technology and society.

But what is this new term? Stephenson coined the word in his 1992 novel "Snow Crash," to describe it as an online world based on virtual reality. These days, the phrase refers more specifically to a collection of digital worlds in which users can create content and interact with others, as avatars or digital versions of themselves. This environment will also enable interoperability, meaning that users and their assets can freely move from one world to another.

That is why it is not surprising that brands start these new virtual worlds as a potential marketing strategy, creating experiences such as concerts, activations, catwalks, showrooms, or virtual meetings that evoke emotions, meeting the demands of their consumers and strengthen relationships through this futuristic trend, which is already part of our lives.

We have been researching and collecting the brands that have already joined the metaverse. Ready to start the tour?

We started with Nike, at the end of January it launched 5 vacancies for positions related to this immersive world; after the acquisition of RTFKT, a non-expendable token studio that produces digital collectibles such as digital sneakers. In the first half of 2021, customers were able to visit Nike's flagship store, 'House of Innovation ', in New York, participating in an experience full of interactive and fun activities in a virtual recreation of the Smith Rock State Park in Oregon through their mobile phones and other virtual and augmented reality tools. Also, in Roblox they created Nikeland, an entire world dedicated to the shoe company, packed with dodgeball, building materials, and a digital showroom.

Adidas is not far behind either. Like Nike, it has been venturing into this new trend with an alliance with Coinbase, the goal of this association is that its users can try the products before buying them and even design their own virtual models within the construction of Adidas’ own metaverse, where, in addition, mini-games are contemplated to win NFTs.

Disney, a brand loved by many generations, has been approved for a patent for a "simulator of the virtual world in a real-world location" so that interactive and personalized experiences can be created from that virtual world. Its main purpose is to offer headset-free augmented reality (AR) attractions at its theme parks, tracking visitors on their mobile phones and generating and projecting custom 3D effects on various park objects.

Joining the trend, Vans launched its virtual skate park in Roblox for users to try tricks and earn points during the game, acquiring items such as virtual shoes and skateboard customization.

For its part, Nascar, the most famous automobile association in the world, in November last year, announced a digital car on Roblox; Players will be able to buy uniforms for their avatars and run on the track like professionals, they will even be part of the developers’ system that doesn’t allow “metaverse influencers”.

On the other hand, Coca–Cola, entered this world by launching its Coca-Cola Byte drink, more than a product it is the RE-presentation of the new generations through musical experiences, gaming, and the dual life between the physical and virtual worlds; but they had already given some first steps in this field before, such as the NFT collection that they launched last year, where they raised no less than 575,000 USD in an online auction.

While Budweiser didn't just throw a party in the metaverse by releasing its NFT collection “Budverse Cans: Heritage Edition”, but recently announced that its famous Clydesdale horses have reached web 3.0 in alliance with Zed Run so that they can run digital races for the first time. That is why, since last year, they have been working on their digital ecosystem to continue providing the best experiences in this new environment.

NFTs make inroads into music, adding new ways to present content across the industry, favoring artists and, for the first time, being able to represent their creations online as unique tokens. That is why Spotify is not far behind and is already beginning to take the first steps in web 3.0, creating its own Island in Roblox, Spotify Island, a new attractive and innovative experience for creators and fans.

Instagram, one of the social networks that have had the greatest impact in recent times, did not hesitate to land in this new environment, and a few months ago its CEO, Adam Mosseri, announced the integration of NFTs with this platform. Allowing creators to connect their digital wallets, share their collectibles and among other functions, its main purpose is to empower and support the creator economy.

If we talk about the fashion sector, some brands are already venturing, like Gucci, which has launched a pair of digital sneakers called The Gucci Virtual 25 to be used in augmented reality (AR) or in associated applications such as Roblox and VRChat. Also, to commemorate 200 years of its founder, they launched Gucci Garden on Roblox, a two-week virtual experience to complement a real-world installation called Gucci Garden Archetypes, which took place in Florence, Italy. Visitors were able to experience the vision and inclusive philosophy of the brand's creative director, Alessandro Michele, through 15 previous Gucci ad campaigns.

The metaverse does not only seek to offer a space in which we can access goods and link the acquisition with external economic systems. In other words, we are not just talking about having fun in a virtual world, but about giving way to a new type of market and a new way in which consumers are going to relate to offers.

Do you want to take the jump and be the next brand in the metaverse? At Penta, we know how to do it, because we already live in our own Immersive World.

Search by word or topic

Receive the articles in your mail:

Cerveza Damms, a lifestyle that has impacted thousands of Spaniards.